The Ede people in Kang village, Ea Knuec commune can not remember How how many upland seasons have gone, full and crescent moons have passed, how many full moons, crescent moons are, the Ede people in Kang village, Ea Knuu commune can not remember, but they only remember a legend which is the legend tells about the formation of the Drai Dăng waterfall, as followed:

At that time, in the region, there was a rich and powerful village-chief in whose house was was as long as the incessantly resounded of gongs singing and full of, rhino horns, ivoriesy and tiger bones were full hanging inside and, full of outside houses;, a lot of inumerable paddy and rice; , Buffaloes crowded herds of buffaloes and cows go to eating in herds, full of the yards and crowded.

The chief was well-known resounded throughout villages, the East and, the Western, not only due tofor his wealth but also because for his the chief had a daughter named H’Net, the most beautiful girl in the area. Her skin was as whiteShe had fair skin like as a cotton, her hair was as long as a stream, her voice was as soft as forest songs of wild birds song. So many boys in the area wanted to be taken back toas her husband, but none are accepted by her father.

In order to pick upchose a husband who was the most talented worthy of  his beautiful daughter, the village-chief held martial arts competitions among the young men in the region. to choose the most talented person worthy of his daughter. The competitions take took place day after day, month after month, and in the end, only the two best boys were selected through these rounds, named Aê Yang Mya (the Crocodile God, son of The the Rock God, in Ču Dju Mountain) and Y San were selected through these rounds.

The competition of the two boys occured extremely fierce and, thrilling. Where the steps of Aê Yang Mya and Y San in the competition moved, all rocky soil and rocks there collapsed to forming valleys or large lakes. Finally, they decided to fight do a big sword battle to gain win or defeat, . The sword fightbattle was so fierce that, wherever the sword lines of them the two opponents went wherever, the trees were leaning and, the huge rocks were deformed and collapsed. When he was no longer strength enough to fight against Aê Yang Mya (the Crocodile God), Y San had to lose and ran away, he ran out to the Serepok river and disappeared. Aê Yang Mya was the winner, so he was chosen by the village-chief to be his daughter's husband, then they lived happily together ever after. At the same time, the rivalry fighting sword blades between Y San and Aê Yang Mya made their sword line cut off the hills and mountains in the area to, create creating small winding streams in the villages. Those small streams have createdformed created the legendary Drai Drang waterfall traced with countless traces of long cuts until now.

Located on Ea Knuêc stream, the Drai Dăng waterfall is derived from the Bridge 21 (Km 21 - National Highway 26), which flows through Tan Son village in Ea Knuếc commune. Previously, the waterfall head the waterfall was a stream flowing down. In 1992, the 12 Legion 12 blocked the stream above the waterfall head, formed a lake and built an embankment dam to makefor hydroelectricity serving for irrigation and living in the area. In 2006, the hydroelectric dam was demolished and there are still lakes and spillways at the top of the falls.

Drai Dang is, one of the beautiful landscapes, still preserves preserving the its untouched beauty, the waterfall consists of 3 three main floorslayers. The first floor layer is a spillway system of the former hydroelectric power, the water flows down through two winding steps like white silk strips. The second floor layer is a main waterfall, this cascade is made up of stone pillars and big rocks whose surface are countless small steps like the slashes of swords. In the dry season, the amount of water poured little, flowing through the rocks gently, mellow softly as the sleep of the Central highland girl sleeping in the midst of a thousand deep blue greenery forests; In the rainy season, cascades pour down strongly as if they wanted to wash everything to start a new season full of hope and vitality. Water flows through differently sized rock columns, large, small, low and high, forming water columns like groundwater vessels. The falls’s third floor layer is the last floor to receive the flow forming a freshly blue lake.

On May 16th, 2012, the Dak Lak People's Committee decided to recognize Drai Dang Waterfall as a provincial scenic relic.

Some pictures of relics: 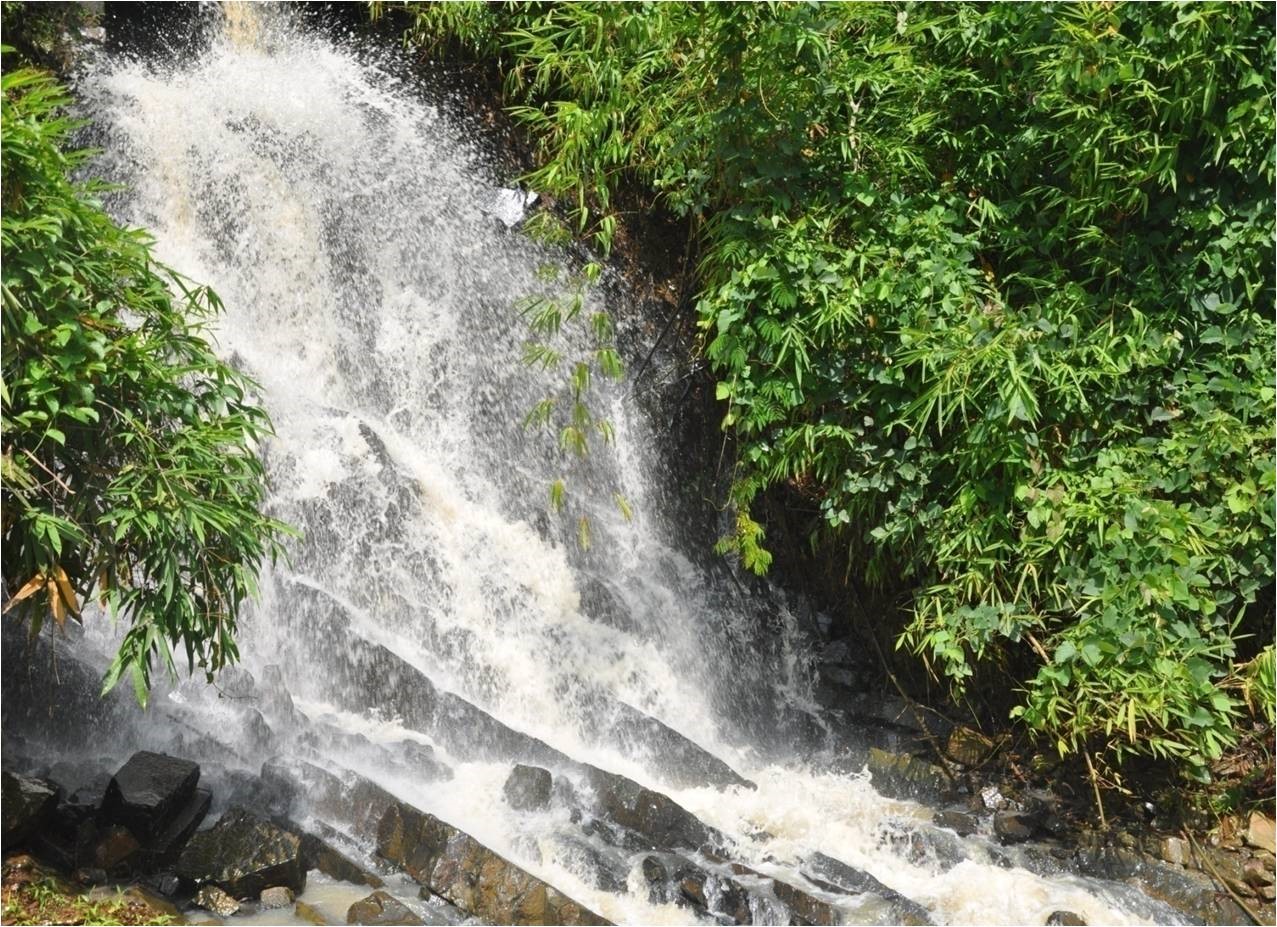 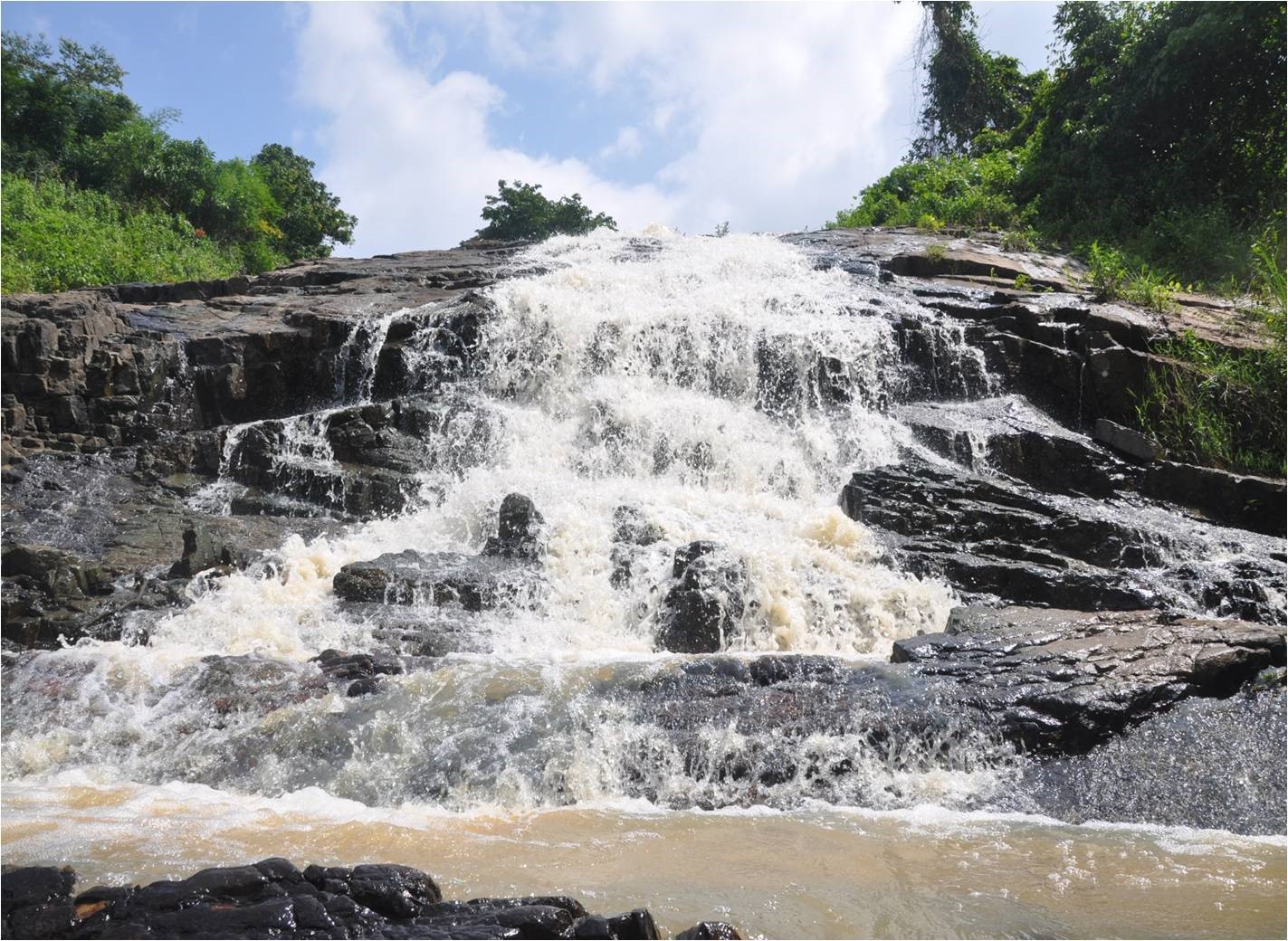 HOW TO REACH YOUR PUBLIC REMOTELY